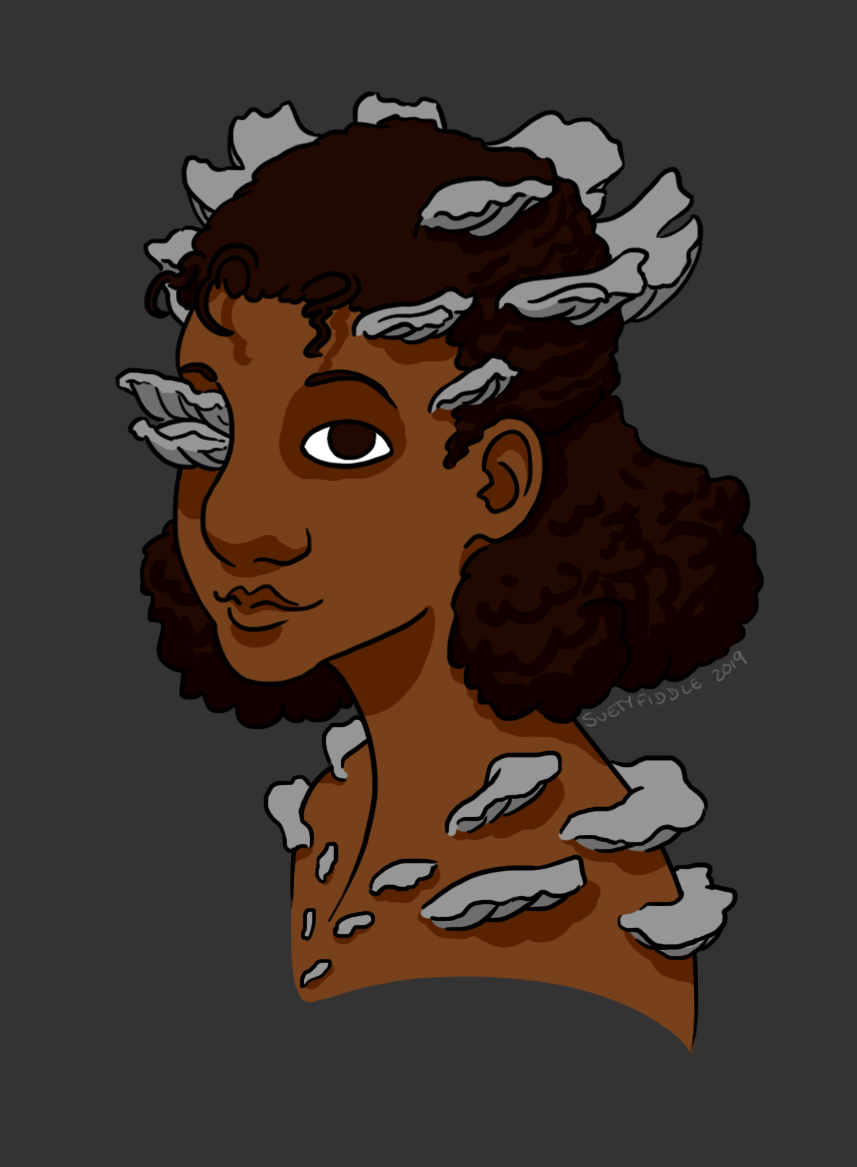 My current character: Lylliva, Human Spore Druid. Inherited Snappy from Liesos when he died early-on in the 5e campaign. Was studying to be a wizard, and her magical ability allows Snappy to settle in much faster than it did with Liesos. She uses Snappy to cast much more powerful spells than she was previously capable of.